Computer viruses and their dangerous effects

The world witnessed a rapid development in the Internet and information field until the whole world became a small village
What you need to reach does not only cost you a keystroke button and all the required information is available in your hands, 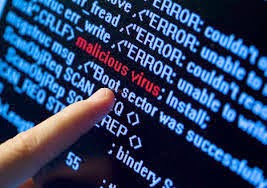 So with this huge amount of information being transmitted across the web every day,

It became necessary for each person, or company, to protect their personal information and confidential files from competitors

As well as the intelligence services as well as countries, it is known that the war begins with a word and word is a word known, and the information can not be taken only by spying, and espionage assets and rules followed by the private security services, which often used by certain countries to penetrate into the entity of another country

To know to spy on them, either by penetrating the computers of the state to find out, for example, the general population and the proportion of unemployment and the proportion of poverty and the standard of living of individuals and the level of thoughtLevel of debt and so on, in economic terms, and there are other aspects such as militarism, industrial, agricultural, and other in all the organs of the state so that it can put its plan, from which door they enter
And such types of wars may not be set for a time plan, ie, at any time the circumstances of the break-in we are ready ..., ... and the war goals, and basic plans, And other alternative, and also weapons of combat and other defensive and each entity in this area has the right to choose the right weapon and the right to develop it and passed it is the best in this war

In a study of the Arab Middle East newspaper they say
We have tracked and investigated 60 kinds of analog and digital technologies from 1986 to 2007 ,
At the USInnberg School of Communications and Journalism. "Our computing capabilities are growing at an annual rate of 58 percent, almost nine times faster than the global economy," Hilbert said in Tech NewsWorld. "Our information stocks grew four times faster , And our communication capabilities are about five times faster than the strength of the global economy.

our subject with your presence is the types of weapons used in information warfare
The weapons are divided into two types: the first weapon is the attack and the second is the defense
First, companies and institutions deal with complex systems on the Internet and try hard to protect their information from the hackers of hackers in order to maintain their existence either in the market or in existence, and for the existence of good, evil has found its place, and thought some fraudsters in the tricks of genius to steal information on the computer of some people, Of information by hacking it but how it is hacked
The plan has been drawn up, the targets have been set and the weapons of attack remain
Which is

Is an external program that is intentionally designed to change the properties of the files it is causing to execute some commands, either by removing, modifying, vandalizing or similar processes. Computer viruses are programs written by professional programmers for the purpose of harming, controlling or stealing important data

It is written in a certain way. Routine is a malicious and dangerous program that can be done in secret and activated remotely. This indicates the professionalism of the programmers of these viruses. Therefore, it is necessary to update the antivirus to be in the anti-virus database.

Viruses are well known in every environment based on the use of the computer. Therefore, it is the organized weapon used to strike and disrupt the networks of services and the infrastructure of the enemies. These weapons can cause complete paralysis or failure of the communications network of a country. This happened with AT.T in January 1990 .

Why We Called it Virus

The VIRUS  is called this name because it is very similar to the intruders, because it always hides behind other files and controls the infected program, so that the program runs the virus, and also the presence of viruses in the main place in the computer (memory) While increasing the number of infected files, as long as the time of discovery of the virus

Program has the ability to reincarnate and propagate Replication

The virus itself connects to a program called HOST incubator

. The virus can be transmitted from one infected computer to another

. Viruses can not originate from themselves

. The Replication Mechanism is the part that allows the virus to replicate itself.

. The Protection Mechanism is the part that hides the virus from discovery.

. The trigger mechanism is the part that allows the virus to spread before it can be known as the use of the clock in the computer as in the Michelangelo virus, which activates on March 6 of each year.

. The Payload Mechanism is the part that the virus executes when it is activated.

The virus is written in several languages, the most important of which is the Assembly language because it is an easy-to-read format for people corresponding to the programming language that forms the commands executed by a computer with a design, as well as other languages such as C, C ++, Visual C, and Visual Basic.

Methods of transmission of the virus

. DIRECT INFECTOR The virus is a direct infection, which is when a virus is created, it searches for a large number of files and then spreads the infection to it and when infected file is automatically downloaded to the memory and run, and this type of virus is widespread.

Files can be infected by the virus

The virus always infects encrypted or non - executable files such as
1
. Exe files (.EXE and .COM) within the operating systems of DOS and Windows or (ELF) in Linux and these files self-executing.
2
. File and data records VOLUME BOOT RECORD on hard disk, floppy and record 0 on hard disk MASTER BOOT
3
. BATCH and SCRIPT files in Windows and SHELL in Unix. These are general purpose files.
4
. Office files in Windows system that contain a macro file such as EXEL, WORD and ACCES
5
. OUTLOOK files because they have a big role in spreading the virus to many files because of the e-mail addresses
6
. BDF files and some HTML texts because they are likely to contain malicious code
7
. ZIP and RAR files
8
. MP3 files
Ways to spread the virus
1
. The virus spreads through the Internet because it is an environment that is suitable and easy to transfer from one device to another if it does not use protection systems such as firewall or anti-virus programs, and Syti mentioned God willing
2
. External storage discs such as FLASH MEMORY, CARD MEMORY or FLOPPY DISK DRIVE
3. When you receive an e-mail, the virus moves from files stored on hard disks or floppy disks
Symptoms of injury Virus
1
.PT Very slow operating system.
2
. Message not found enough space to save.
3
. The disappearance of some files from the computer.
4
. Duplicate error messages in more than one program.
5
. Reject some applications to execute the command.
When running the infected program, it may affect the rest of the files on the hard disk or floppy, so the virus needs to be entered by the user to spread, of course the intervention is run after being retrieved from e-mail or the Internet or exchange floppy disks.
Viruses, by nature, disrupt the work of the computer or destroy its files and programs. There are viruses that create annoying messages, types that run unwanted programs, and types that run on the processor, slowing the speed of the computer or stealing data from the user's computer such as account numbers, passwords or credit card numbers And other important data, these are the most important targets of modern viruses and spyware that are developed day by day.
Types of viruses
1
. Multiple file viruses: The virus starts in the computer in the initial format and then turns to other formats to infect other files.
2
. Macro viruses: a virus that writes in WORD and affects data files and Office files, which is the latest virus.
3
. The operating sector: These types of places are located in the places where the computer in the hard drive at take-off to click in memory and implement the virus.
4
. Versatile Versatility: The Phrase Generator is a dynamic ability to convert the code when moving from one file to another so that it is difficult to detect firs.
5
. Virus executables: These viruses interfere with executables such as WIN.COM and .COMMAND.COM
6
. Hidden viruses: The virus hides in memory and then addresses any scan or diagnosis to report that the operating system is infected.
7
. Advanced viruses: The virus changes its blade when moving from one hole to another.
8
- Boot sector viruses: The most dangerous types of viruses where it hits the operating section of the hard drive.
9
- Parasitic viruses: The virus interferes with the executable files to settle in memory when an infected program is working and then wait in memory until the user occupies another program and then infect and infect him.
Examples of some types of viruses
1
. COMPUTER WORM COMPUTER WORM: A small program that has a high capacity for reincarnation, rapid spread and difficult to get rid of, because of its superior ability to reincarnation and discoloration within the computer and computer intervention by browsing the Internet. The danger of worms lies in their independence and does not depend on other programs to join them. It makes her free movement spread quickly and her debut was in October 2002. 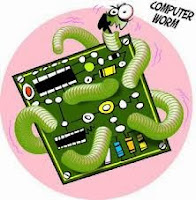 2
. Keyboard monitoring software KEYLOGGING: It is one of the spyware is a hidden program sent via email or downloaded from one of the sites or be a free program, where it transfers everything you write to the keyboard to other remote devices as long as you are connected to the Internet and this is one of the most dangerous viruses because it transmits Password numbers, account numbers, login words, and credit card numbers. The fraudster sends you the word PHISHING
Its task is to steal your data and transfer it to certain people. Once the virus infiltrates the device and is hidden and beware when you are in a public place and want to conduct a related to your bank accounts, for example on the net there is a piece of computer access to transfer your data and store it and when the device closes the fraudster reveal your confidential data 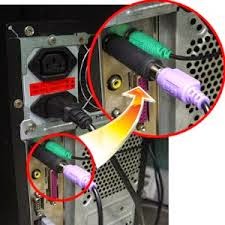 1
SPAM: a program that sends multiple messages to people you know or do not know, without asking them and the biggest problems SPAM SPAM
Difficulty reading private mail and therefore not reading important mail.
2
. Spend time sorting messages and deleting unwanted messages.
3
. Adding an unethical and immoral character to the messages and text. 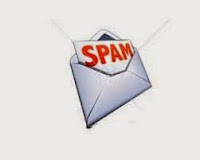 4
. PHISHING Messages An attempt by a fraudster to get your personal information through e-mails and often come to you by Google to companies, banks and known sites will come to you and they are not false. 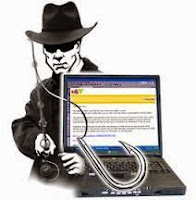 5
. TROJAN HORSE
Why is the virus named by this name? Ancient legends also say that the Trojan horse carries out its attack in a neat social engineering way and presents itself as not enemies
It is a kind of malicious software that does not replicate on its own because the virus presents itself as a valid and harmless program in order to convince you to download it, and the virus is eliminated in downloads of games from the Internet, search engines or some applications that you use 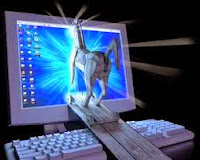 there is RSS in the top of the site