At the annual conference of Apple Intended for developers  (WWDC 2020),

Was displayed about
The new version of the macOS operating system, and this version is considered the most changed since the release of the previous system, macOS10,

The company has used some of the elements available in tablets and smartphones running the iOS system, among which is the flexible, customizable control center.

Depending on the user's convenience, he can switch to Do Not Disturb mode, control the brightness of the screen, and also customize messages in the new Notification Center that brings alert messages or related notifications together.
The docking buttons have also been changed to become the same as in the iOS system. 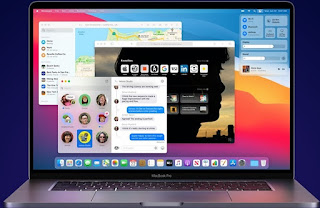 Thus, it became clear that Apple had completely abandoned OSX, which lasted for two decades, to be replaced by this system, Mac OS 11, called macOS Big Sur.

Among the radical updates in the new Apple system

A comprehensive revamp of the Safari browser

A very large update has been made to this Safari browser to become 50% faster, to be much faster than Google Chrome
And it works to save energy very much, in addition to the hidden browsing system to prevent tracking, and supports automatic translation, password recording and checking to ensure safety, non-interference with the user's personal browsing, for more privacy.

As for the messaging application

The messages in the new system from Apple have become distinctive and attractive and contain expressions, effective effects

And the user can use the new tools in the Mac system with more customization, including the possibility of faster access to important messages by installing them at the top of the list. The arrangement of conversations has been organized. 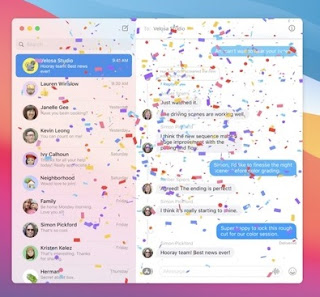 By links, images, and matching words.

And by using different effects and expressions that have been added to the conversations, you can add a distinctive personal character to your conversations.

Of course, you can have group conversations, one-on-one.

Update that occurred in the application of maps

Many features have been added to the Maps application in macOS Big Sur, including those features

The possibility of inspecting the surrounding areas of your site has been added, knowing the expected timing of the arrival of friends or people to the specified places, knowing whether the site offers places designated for cycling, and the best places for electric cars to travel, as well as the ability to view the place’s photos in a 360-degree panoramic manner, through which you can Also, knowing the nearest airports, the possibility of shopping, parks and entertainment places, and other things that you can need through the amazing maps application in the new system. 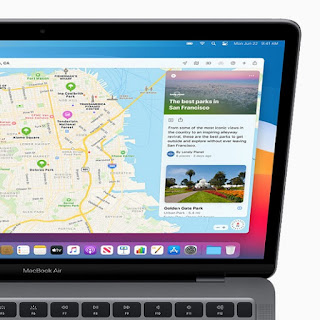 Another advantage is faster software update

Once the new Mac system is installed, all programs are updated directly and run in the background and much faster than what was previously happening.

To find out all the specifications of the new system, you can go to the official website

As we all know, Apple's Al Mutawain community includes a large number of technology lovers and they develop applications with what they find deficient in some tools and use the distinctive development tools available from Apple so that each developer has free experiences in customizing drivers and updating them with what he deems most useful.