You can Andy OS program v0.46.2.161 of using the entire Android system on your personal computer
In the beginning there is a lot of programs which you can run Android on a normal computer
Android system on the computer program Andy OS
But what distinguishes Andy OS v0.46.2.161 program from other programs operating in the same specialization
Simply explain the difference
Other applications put limits on the use of any sense Ktbaiq It's designed to run Android games on the computer they are just player for a specific application
The program is in our hands today is Atej you to use the entire Android system on the computer is automatically configure the system tablet or Mobile to work on a computer screen, you can also use all communications and applications on the computer as you use on other Aladzh that use Android
Application features
The last working version of Android system
Lets you download applications directly from the disc to top the software emulator
It coincides perfectly with Android that you use on Mobile
Is fully compatible with Windows and Mac systems
How to use the application Andy OS
When finished downloading the application and start using it on the device show a black screen and the message meaning Andorad the update
After that show us the welcome message and choose from your favorite language
Then click on Start
The direct action program and import your information by Emile Google that you use the device Altab
And you should choose a synchronization feature to be able to gather information for entry
After that when the end of the previous step tells you that he has been working and turning your computer into a Tablet 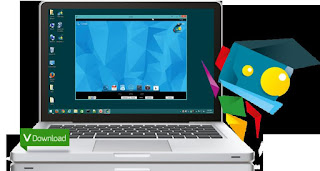 The application comes complete Alandroed components such as MSN ID and email and applications and download applications from the Play Store or App Store and various communications. You can also use any Watts in August by the application on your computer
Also the possibility of running your favorite games on your computer as if you are on the tablet can control and customize the way you prefer, such as the use of Altach screen or keyboard shortcuts

Run your favorite games on your computer

Kmazkrna in the top of the topic that allows you to use the entire Android system, not just to run the games
Program size 439 MB
Now is the time to download Andy OS v0.46.2.161 from here
His official from here